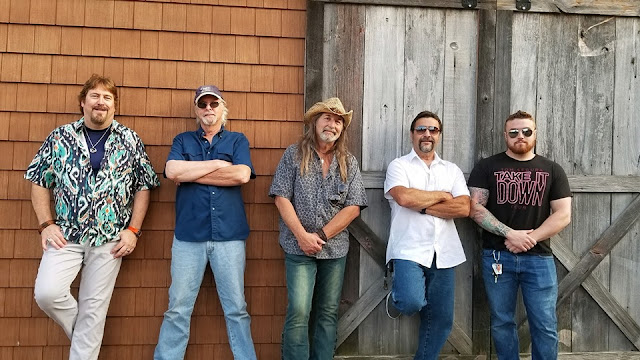 "The Soul of Blues Rock"

can be found in this dynamic 5 piece band from Western Mass. Blue Devil Blues is a blend of Blues, Rock, Motown, Originals, Ballads, Boogie and bluesy versions of some Classic Rock favorites. If you like your blues with a rock edge, if you like it funky, if you like it soulful and smooth, this band has it all. The band features the soulful vocals of Bob Roy on Bass, his son Eric Roy on vocals and drums, and Mark Rogers on vocals and guitar. Rounding out the lineup is Mike McLaughlin on guitar and Joe "The Funk Doctor" Elliott on keyboards. What you get is a modern blues combination that rocks you over the top to Chicago, New Orleans, Memphis, and beyond. Blue Devil Bluez features music from such greats as Albert King, Freddy King, Albert Collins, Buddy Guy, Luther Allison, and Eddie Floyd, to contemporary artists like Robert Cray, Delbert McClinton, Michael Burkes, Larry McCray, ZZ Top, The Allman Bros, The Rolling Stones and so much more. Blue Devil Bluez puts it all together into a tasty rocking blues gumbo that is keeping the blues alive and works hard to bring it all home to the fans of this music. The band, formed by Bob Roy, son Eric Roy, and Mark Rogers in 2010 have one common tie, "The Blues." "It's what we come back to when we want to make music that everyone can enjoy, relate to and most of all, play with passion" says Lead Vocalist and Bass player Bob Roy. All share the passion to deliver live blues at its best. 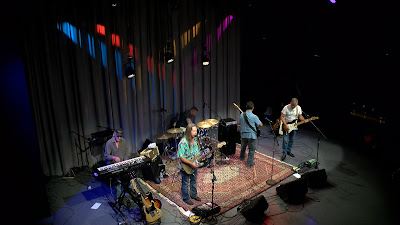 Blue Devil Bluez was formed in 2010 when long time friends Bob Roy and Mark Rogers began collaborating on a new music project. At that time, Bob’s son Eric Roy was just coming off the road from playing with a Metal Band. “We took him out to see Michael Burkes and he was just blown away” says dad Bob Roy. “He’s been hooked on playing Blues/Rock ever since”. With Eric onboard on drums, they started working on their sound. “We were looking for a sound that mixed Classic Blues, Motown, and Original music with a rocking rhythm section and Eric fit that bill perfectly”. Blue Devil Bluez has changed since those early sessions. Today’s band still features Bob Roy on Bass and Lead Vocals, Eric Roy on Drums and Vocals, and Mark Rogers on Guitars and Vocals. Add to the mix veteran bluesmen Mike McLaughlin on Guitars and Joe “The Funk Doctor” Elliott on Hammond B3 and Keyboards and you have a sound that is still evolving. 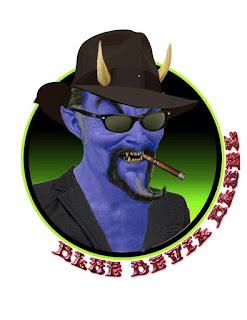 Posted by BlueDevilBluez at 11:30 AM